Plan to Spend your Holidays at the GMA

The holidays are always a special time and this year, we have three great holiday experiences to help you celebrate! read more…

2018 Promises To Be An Exciting Year At The GMA!

There is a wide range of entertainment waiting for you this year at the GMA.  January brought multi-award-winning Contemporary Christian artist Crowder to the GMA for his Texas Take-Over Tour.  He played to an almost sell out crowd of over 1,300 people.  And that was just the beginning. read more…

The GMA is alive with entertainment over the next several months with a multitude of performances coming to Greenville.

FEBRUARY
6 – Greenville Entertainment Series presents Victoria Banks. Victoria is one of the most respected country artists in the Canadian music industry. read more…

Own a Piece of Hunt County History 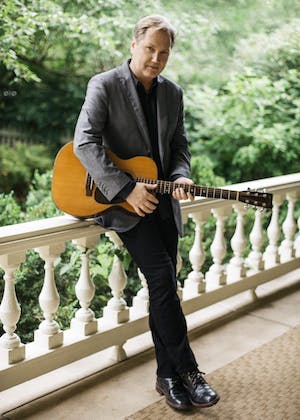 Singer/songwriter/storyteller and multi-instrumentalist, Steve Wariner, is a troubadour in the music industry and continues to inspire artists today. More than 20 albums and five decades into his career, Wariner has become a modern-day multi-genre icon, earning 14 No. 1 hits, over 30 Top 10 singles, three RIAA-certified Gold albums, the Minnie Pearl Humanitarian Award, four GRAMMY Awards, four CMA Awards, three ACM Awards, two TNN/Music City News Awards, a Christian Country Music Association Award, a CMA Triple Play Award, 15 BMI Million-Air Awards, and most recently, Country Radio Broadcasters bestowed Wariner as the recipient of the 2018 CRB Artist Career Achievement Award. In October 2019, he was inducted into the prestigious Musicians Hall of Fame, and throughout his illustrious career, has been inducted into the Kentucky Music Hall of Fame, the National Thumbpickers Hall of Fame, the Music City Walk of Fame, and is one of only five guitar players in the world to be given the "Certified Guitar Player" (CGP) award by Chet Atkins.

Today, he continues to captivate audiences with his sensational voice and guitar prowess and is recognized through his portfolio of work spanning Country, Bluegrass, Rock, Jazz and Pop.